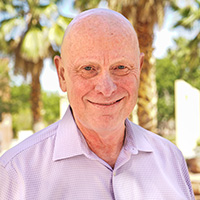 When Dr. Norris joined the College of Southern Nevada in January of 2004 as the Director of Distance Education, he brought with him a wealth of experience and a deep understanding of the importance of online education for those students who do not have the option to go to a brick and mortar school to achieve degrees and better their lives. Dr. Norris began his journey with online learning in 1996 when he served as the Assistant to the Dean of Academic Affairs and the Coordinator of the Advanced Technology Center at Garrett College in Maryland. It was there he helped to fill a desperate need for students when he developed the initial distance education program for Garrett College. CSN is fortunate to have him as our Director of eLearning.

Dr. Norris served on the WICHE Cooperative for Educational Technologies (WCET) Steering Committee from 2006 to 2009. During that time, in 2007 Dr. Norris’ title at CSN changed from Director of Distance Education to Director of eLearning. In 2009 he won CSN’s Nevada Administrator Excellence Award, and in previous years was named Distinguished Educator in Who’s Who Among America’s Teachers for the years of 2002, 2004, and 2005.

Further representing the College of Southern Nevada, Dr. Norris served on the Instructional Technology Council Board of Directors as the Western Regional Representative from 2013 to 2015, and he coordinated the College of Southern Nevada’s hosting responsibilities for the 2015 Instructional Technology Council Annual eLearning Conference.

When he isn’t at work, Dr. Norris enjoys traveling with his wife to places such as Key West and New Orleans, and reveals his gentle giant side when he says he “cannot wait to do FaceTime with my granddaughters, son, daughter-in-law, and daughter every Sunday afternoon.” Another passion revealed about Dr. Norris is when he says he is an avid Baltimore Orioles and Baltimore Ravens fan. This is always accompanied by a boyish grin and a hearty laugh.